A possible leak on Amazon Mexico shows a new Marvel Legends Hulk figure from Hasbro. It is similar to the enormous one that was a San Diego Comic-Con exclusive, but it has a gray repaint and fans suspect it might be a secret New York Comic Con reveal. The reveal will likely be that it is an Amazon exclusive. Gray Hulk is touted to come with a crushed pipe and a ripped shirt. 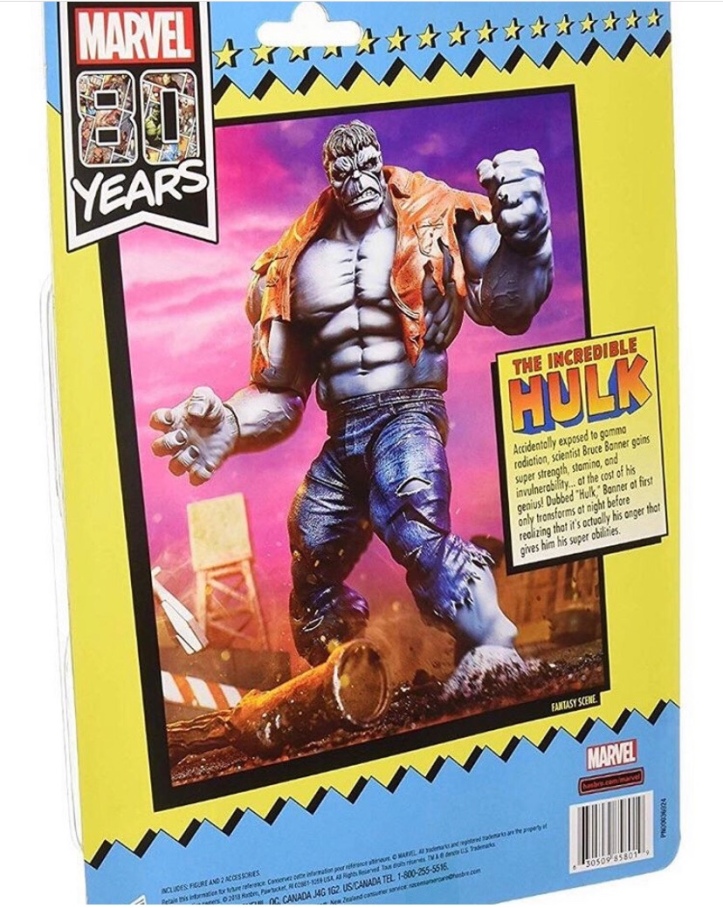