NECA Toys Unleashes Their 2014 Roaring Godzilla Back Onto Shelves

The toy world has gone ‘Godzilla Re-release’ crazy! And with the upcoming Godzilla: King of the Monsters film hitting theaters this year, can you blame manufacturers for trying to cash in on Godzilla-mania? At Walmart, you can see Bandai re-releasing their ‘Classic Godzilla’ vinyl toy line in the $12 range. This line includes Mecha Godzilla (bought it), Millennium Godzilla, Godzilla 1954, and King Caesar.

Now NECA Toys is doing a little blast from the (not so distant) past of their own. Toy collectors and NECA enthusiasts may have seen their Godzilla 1962 hitting shelves, complete in amazing Japanese pulp Toho inspired box art. NECA also recently announced that they were reissuing their blue 8-bit inspired Godzilla from the 1980s home console game. But today, we have a new (no so little) number roaring back onto shelves.

Just seeing this picture of this toy in its packaging clocks in more minutes than Godzilla was actually in this movie. 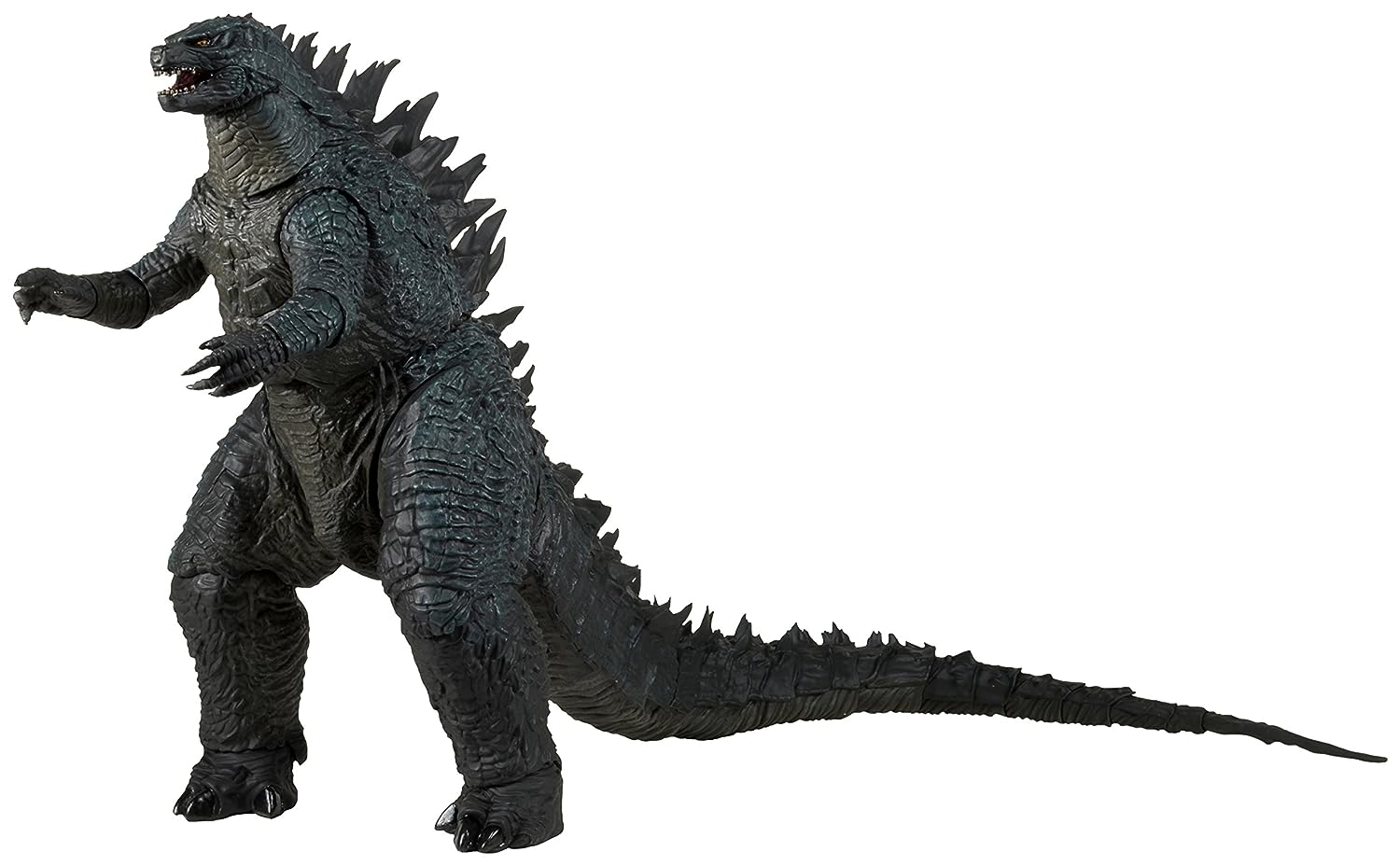 From head to tail, NECA’s 2014 movie Godzilla measures 24″- that’s two feet of Kaiju fun. He roars and makes other fun sounds, so you can set up cardboard cities and crush screaming civilians with supreme authenticity. Unfortunately, this dude will currently run you $54.99 and runs off of…wait for it…button batteries.

There’s no better way to ensure I will never change the batteries than by using button batteries.

I guess he’ll just have to enjoy sounding like a Talk Boy recorder on slow-mo.