The company behind one of the season’s hottest and most bizarre toys is now going up against one of the biggest fashion designers in court — and it’s all over a poop-shaped toy purse.

MGA Entertainment makes the ‘Poopsie Slime Surprise Unicorn,’ a colorful unicorn toy that poops out colorful slime from a heart-shaped hole in its rear.

Poopsie has been growing more and more in-demand in recent months, with shoppers snapping up both the unicorns and their expansion packs, which include a colorful poop-shaped carrying case called ‘Pooey Puitton’ — and, unsurprisingly, this hasn’t been sitting well with lawyers over at the high-end design house Louis Vuitton. 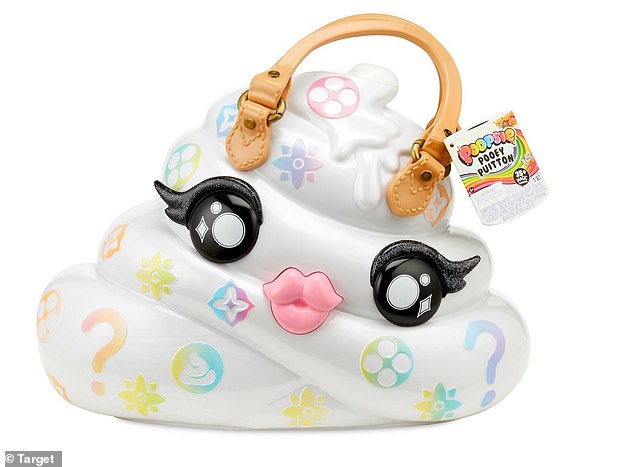 What a twist! The company behind the Poopsie Slime Surprise Unicorn – and the ‘Pooey Puitton’ carrying case (pictured) – are taking Louis Vuitton to court 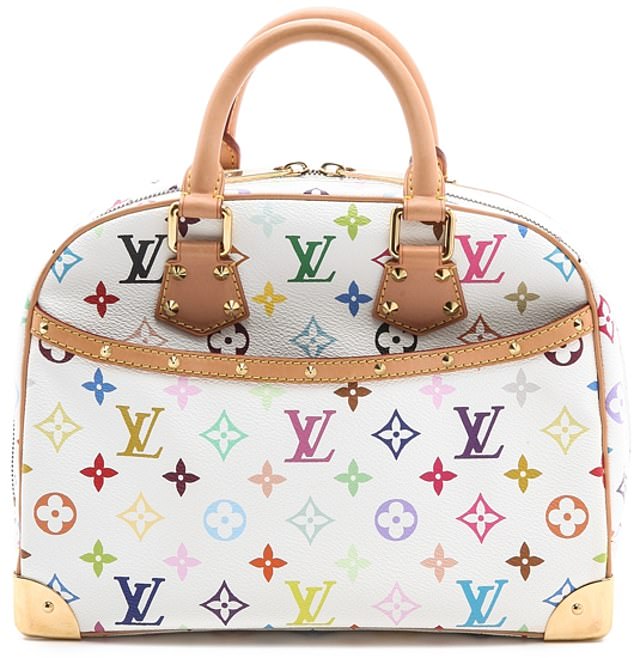 Similarities: Louis Vuitton has allegedly been trying to block the sale of Pooey Puitton, which they say looks too much like their own colorful monogram bags

Kids feed it a special mixture using the included bottle, shake up the unicorn, and the bush a button on its stomach to make colorful slime come out of it rear end into a toilet.

Expansion packs offer more accessories, bottles, and slime varieties, as well as fun carrying cases to tote all the pieces around.

One of these carrying cases, which sells for $69.99, is called the Poopsie Pooey Puitton Slime Surprise Slime Kit & Carrying Case. Though it’s shaped like a swirling pile of poo, much like the poo emoji, it still bares a striking resemblance to one of Louis Vuitton’s colorful logo bags.

There are no LVs, but there are similar shapes in a similar color palette, and the handles are of the same beige design.

Shoppers had commented on the similarities, but surprisingly, it wasn’t Louis Vuitton but MGA Entertainment that filed the lawsuit last month. 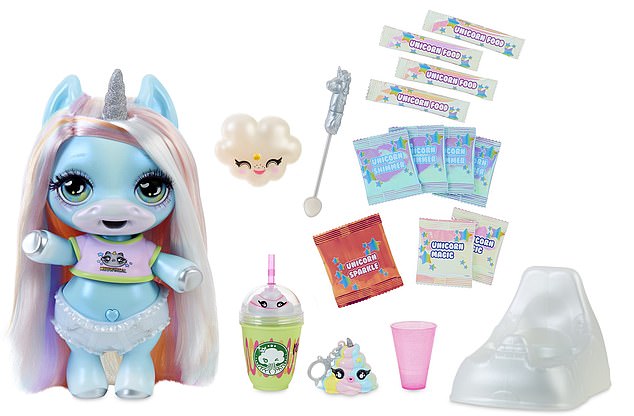 Christmas list: The Poopsie Slime Surprise Unicorn is a colorful unicorn toy that has grown popular in recent months. It ‘poops’ out colorful slime 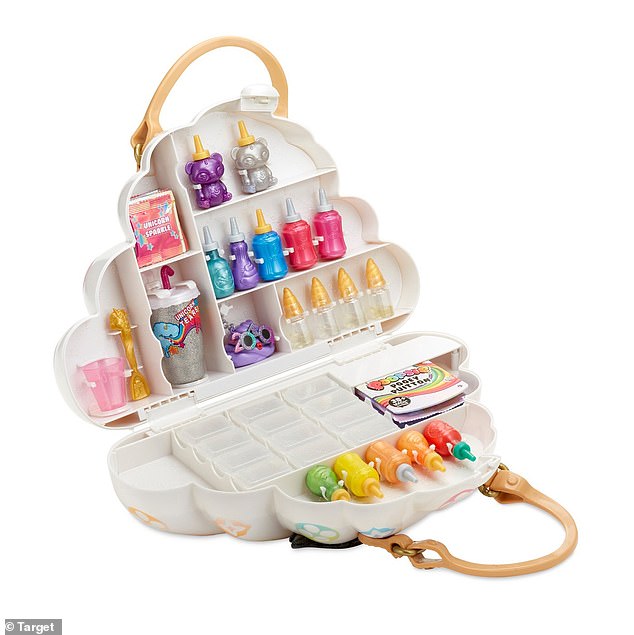 Toy: MGA Entertainment is seeking a judgement that could stop Louis Vuitton from suing for copyright infringement, claiming non one would mistake Pooey Puitton for Louis Vuitton.

According to The Fashion Law, Louis Vuitton had been trying to shut down production of Pooey Puitton behind the scenes, so on on December 28 MGA filed a a declaratory judgment action to preemptively block any legal claims they might make.

According to the complaint: ‘On or around December 7, 2018, Louis Vuitton claimed to one of MGA’s customers that the Pooey name and Pooey product infringed upon or diluted one or more of Louis Vuitton trademarks.’

However, MGA claims that ‘no reasonable consumer would mistake the Pooey product for a Louis Vuitton handbag’ and that it is ‘sufficiently obvious and blatant’ parody.

‘The use of the Pooey name and product in association with a product line of “magical unicorn poop” is intended to criticize or comment upon the rich and famous, and the Louis Vuitton name, the LV marks, and on their conspicuous consumption,’ it went on.

They also asserted that Louis Vuitton ‘has a history of not respecting parody rights in the U.S. and filing vexatious lawsuits against such protected parody,’ which is why they believe the court should intervene to block any future suits Louis Vuitton might make.

Though it is likely that Louis Vuitton will fight the declaration, the feud between the two companies doesn’t seem to be putting a damper on the toy’s popularity just yet.