Anonymous Toy Tales: I was a Manager in the Toy Section at Walmart

Scalpers. Exclusives. Bad distribution. Garbage store. There are many things that may come to mind when you think of Walmart and toys. But how many are these things are the truth versus speculation and accusation by the toy collecting community? I wondered this myself for quite a while before crossing paths with an individual who informed me that they worked as a manager in Walmart’s toy department for quite a number of years.

And while it is still my personal opinion that Walmart, what with its buying power, made an enormous mistake by not immediately opening up a new chain of toy stores with the collapse of Toys ‘R’ Us, I did not realize that Walmart as a corporation was self-aware enough to have procedures implemented to stop scalpers. Or at least, as best it can.

Our source preferred to remain anonymous for the duration of this interview. 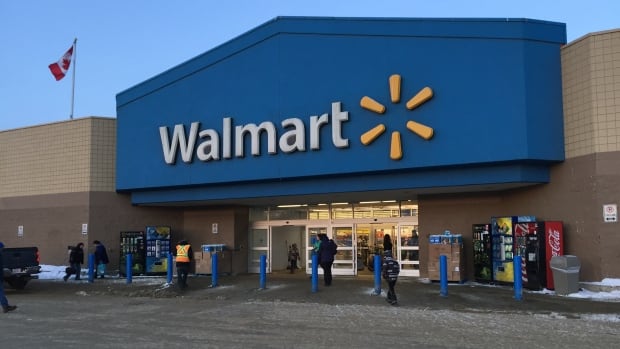 Hi there- thank you so much for providing Toy Wizards with this interview and allowing us to learn about your experiences working at Walmart. Let’s dive right into it. When you decided to go work at Walmart, was the toy section the area you were specifically after, or was it coincidental placement?

A: Yes it was. I had had years of experience, not only as a collector, I had also worked freelance in the toy industry, so my knowledge was invaluable to keep the section current and push sales.

How long did you work there?

A: For Walmart, about 10 years in management level positions.

Would you please describe the day to day operations of working in the toy section at Walmart?

A: At the time, it was about the customers, now unfortunately, not so much. Now it is all about the bottom line. Executives need their bonuses, but there are still (as far as I know) rules in place.

What sort of people wanted to work in the toy section? Were civilians placed there randomly, or was it collectors looking to infiltrate the hive?

A: We had a lot of teenagers, a little old grey haired ladies. Nothing wrong with either of them, I had some amazing customer focused associates work with me over the years. That being said, I had some self-centered twits working for me too.

Let’s discuss new toys (particularly ones deemed highly desired or collectible by the toy community)– did these toys actually have a chance to land on the shelves before employees snagged them away? Which leads me to ask *did* employees snag them away?

A: New toys were an important part of the business model. We would receive new product almost weekly and it was used to create and impact in the department. For a while at the beginning, staff would try to snag product, but we had rules in place. When new product came in, it HAD TO hit the floor. No staff member was allowed to pick away at product. We would scan it when it came to the floor, if it all wasn’t there, we begin to investigate to see what happened.

Sometimes it was just product falling out before hitting the floor, other times it was associates. If it was determined it was an associate, there were steps taken, depending on level of misconduct, it could be a verbal coaching up to termination. Product had to be on the shelves for customers first. If you were working, you were welcome to go after your shift, and if it was still there, you could buy it. No holding, no hoarding, it was as simple as that, and if you were caught doing it, it was dealt with.

Is it true that at Walmart, toy section employees strike deals with scalpers who are sold entire boxes of toys in back door agreements?

A: It was determined at one point that that was happening. They would strike a deal, the scalper would give them kickbacks, but once it was learned, it was dealt with and rules were put in place. Am I foolish enough to believe it didn’t happen again? No I’m not, but at least Walmart took steps to try and make product available to all customers, not just scalpers and resellers. Maybe some other companies could learn from Walmart’s actions.

What are some rumors you’ve heard about collectors, scalpers, and Walmart that are either true or wildly fabricated?

A: Heard and seen. Associates would hold product back and at 7am when the “scalper” (aka “their friend”) would come in, they would go find that associate and imagine this, they would have a full box of product the scalper could take to cash and buy. That was stopped, not perfectly, but actions were taken and steps put in place.

Let’s discuss Walmart and distribution. In addition to busier areas having more toy collectors hunting in those stores, there’s a conversation on the playground that some stores will simply never see certain toys because distribution is so bad. One store might get a whole pallet of a toy while another will receive one box of six action figures and that’s it.

At my local Walmart stores, I never personally saw any of the vintage Kenner style Real Ghostbusters. They just never landed on the shelf, nor have I seen MOTU Origins. What’s going on there?

A: That is a buyer/head office issue, I can’t really speak to that. What I can say is this, if they are going to do exclusive stuff, they need to bring in more stock of it. It should be a system that is done ahead of sale, perhaps a “take names” kinda thing, and then stock is allocated based on those lists. Stores that don’t get many names don’t get as much stock as stores that get more. It really sucks to see product sitting in clearance because they don’t have buyers for it. I think they need to also make an exclusive section, where product is behind locked doors and people find a staff member to unlock it. This way it will stop the “I got mine, so now I will wreck the rest for everyone else” crap. I hate seeing product damaged because someone doesn’t want to share.

At the end of the day, Walmart tries better than the other stores out their to make it fair for everyone. Now I have been gone from them, working in a totally different industry for more than a decade, so I have zero skin in the game here. Not a fan of them, but I have to give them credit for what they did try to do, and for always trying to put the customer first.