Available now from GameStop for $164.99 is a bundle containing three Barbies inspired by iconic Marvel characters. While I’m not always in love with Mattel’s Barbie reimaginings, I think this particular set is exceedingly attractive. Gets your now for the Marvel or Barbie lover in your life just in time for the holidays! 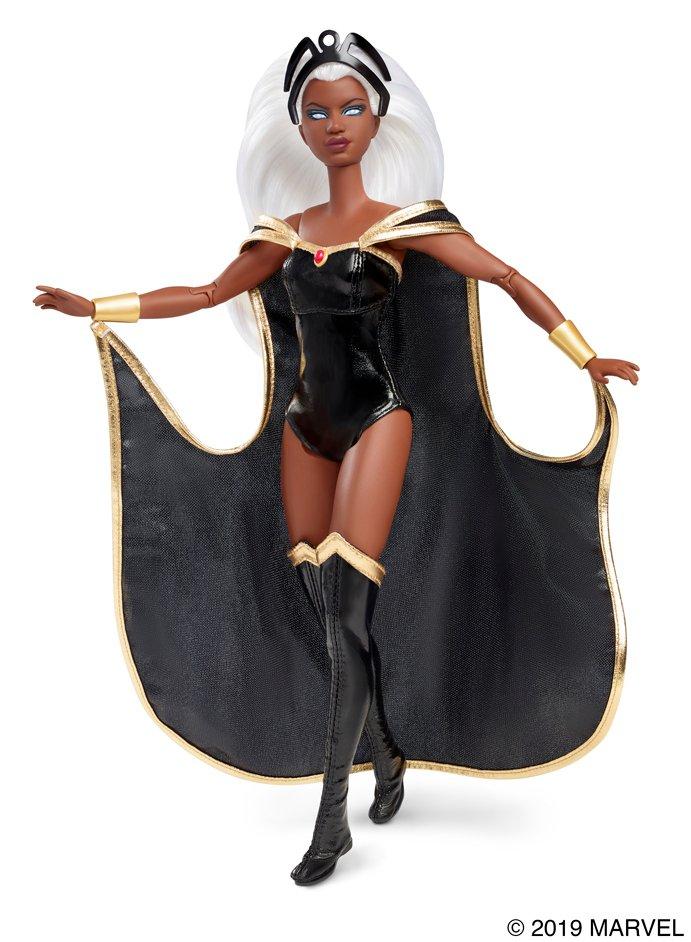 Barbie® celebrates the 80th anniversary of Marvel Comics with a tribute to legendary Super Hero Storm. Born Ororo Munroe, Storm is one of the most powerful mutants on Earth. As a member of the X-Men team, she confounds enemies with her ability to manipulate weather and the atmosphere. Storm Barbie® doll is as electrifying as the character she emulates. This collectible Barbie® doll captures Storm’s iconic look in a shiny-black bodysuit, cape and thigh-high boots, all with metallic-gold trim. Gauntlets, a headdress and her signature gemstone brooch finish the fierce look. Storm Barbie® doll is sculpted to likeness with platinum hair and icy-blue eyes. Celebrate 80 years of action, fandom and Marvel Comics with Storm Barbie® Doll. Includes Certificate of Authenticity. Colors and decorations may vary. 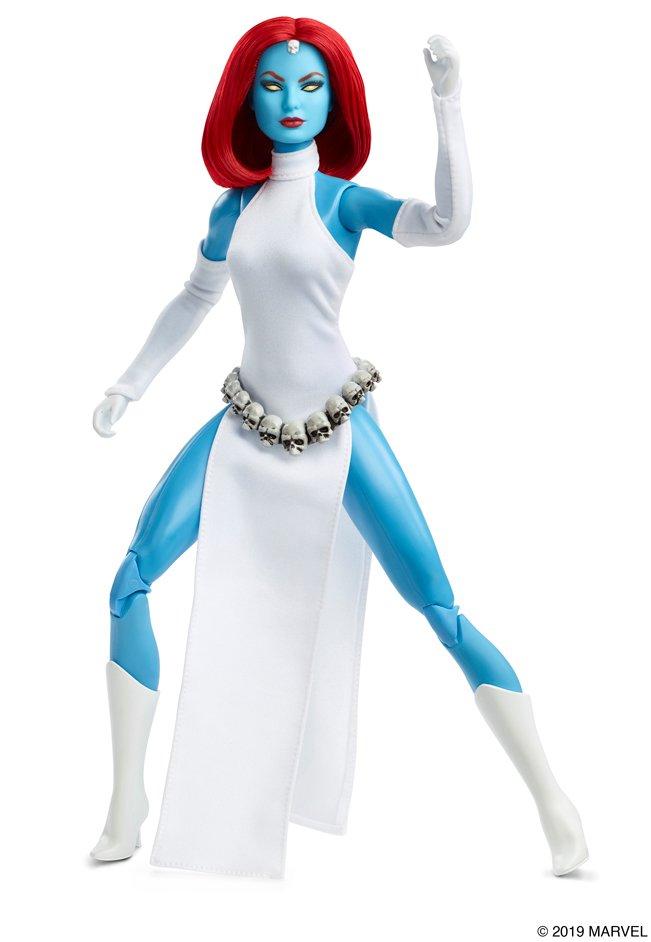 Barbie® celebrates the 80th anniversary of Marvel Comics with a tribute to legendary X-Men foe Mystique. This Super Villain is a mutant born with the ability to shapeshift. She deceives her enemies by mimicking the appearance and voice of any person. Mystique Barbie® doll is as beguiling as the character she emulates. This collectible Barbie® doll captures the Super Villain’s iconic look in a white dress with a double slit and belt of skulls. Details include white gloves, boots, and the signature skull detail adorning her forehead. Mystique Barbie® doll is sculpted to likeness with fierce yellow eyes, blue skin and vibrant red hair. Celebrate 80 years of action, fandom and Marvel Comics with Mystique Barbie® Doll. Includes Certificate of Authenticity Colors and decorations may vary.