When we over here at Toy Wizards first reported on Bandai’s Toy Story 4 Buzz and Woody model kits, I was super excited to learn more about them. I couldn’t help but wonder who these kits were going to be aimed toward. Would they be for the pre-established model kit builder? Were these aimed specifically toward Disney fans to coerce them into the addictive world of kit building? Would these kits be aimed toward children who love Toy Story as an alternate hobby or item to play with that wasn’t a cut and dry action figure?

I had to know! Thus, when my local Barnes and Noble had a small stack of Buzz Lightyear kits (no Woody, so sad), I happily coughed up the $40 to learn all about this kit and have some of my questions answered.

The long and short? Nah, nothing special happening here. This model kit is for people who already build Bandai model kits. Which isn’t a bad thing! It’s just nothing revolutionary. The pieces were brightly colored (white, purple, green, and black for the most part) and large. Even before starting my build, I knew this kit was going to be a high-easy/low-medium in difficulty.

There weren’t all that many trays, and the instructions were pretty straightforward. One new thing, at least for me, was the inclusion of springs, one for the button on Buzz’s chest, and two for his wings. I’ve personally just never encountered springs in a model kit before in the ones I’ve built over the last 20 years.

Here’s a funny thing that happened, and this only occurred once in the entire build, but the very first piece I was instructed to put together, I needed tweezers. Of course, I’m no stranger to needing tweezers in a model sometimes. Hell, sometimes you’ve got to bust out the glue even when it claims to be snap together. I get it. But when the very first piece involves my hands shaking and me muttering “Don’t drop it, don’t drop it…” sometime you don’t feel like the rest of your party is going to be a good time.

From start to finish, the Buzz Lightyear model kit took me exactly three hours to build. And they were a fun and relaxing three hours! Things I liked about this kit was there was a strong of moments where pieces just snapped together easily. And then the snafus and puzzles came up. Namely, the way Buzz’s eyes went into his head. It was serious garbage.

One of the features, aka “Gimmick Checks” this kit came with was moving eyes and three different heads touting different facial expressions.

Each head comes with different shaped corresponding eyes. The eyes are little round white balls that you plug up with a little gray piece and then affix blue eyed stickers onto. You’re supposed to be able to pop them into Buzz’s head, secure them with a gray piece, and then snap the head together. The success of this is debatable. On the first head I used, the head I really wanted because I liked the expression, it totally didn’t work. You can see in the above images that the eyes kept sliding. In the second head attempt, the eyes stayed put a little better, but still move around a bit. I’m not sure who would want to move the eyes around on a model kit on the regular, but that’s not my model kit reality.

Oh, and after 2.5 hours of building, I finally broke the piece that was supposed to go on the back of Buzz’s space diaper.

But alas! He is complete! And he was lots of fun. My final thoughts here is that it’s prety funny that there’s such a push for super articulate model kits now. The way I look at it and function within my kit building is that I find one stable pose that I think looks pretty cool, and I just leave it there. This is not an action figure– it’s a model kit. I think they’re all inherently just a little fragile. There’s always just a weak limb that wants to pop off or doesn’t fit perfectly. Model kits are susceptible to crumbling. It’s the nature of the game.

I give the Toy Story 4 Buzz Lightyear model kit 3.5 out of 4 Wizard Stars. Hopefully I can get my hands on the Woody and get those stars higher, like up to 4.

You can order your own Toy Story 4 Buzz Lightyear model kit right here. 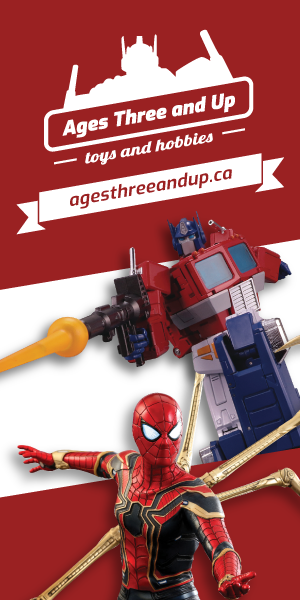