Toy Wizards revealed that this beauty was on its way, but now Bandai has unleashed some amazing new images. Made of Abs, PVC and Metal it will measure a total height of 29 cm. As you can see from the images the 15 modules can be combined together and form the mighty Dairugger XV, just like in the anime. 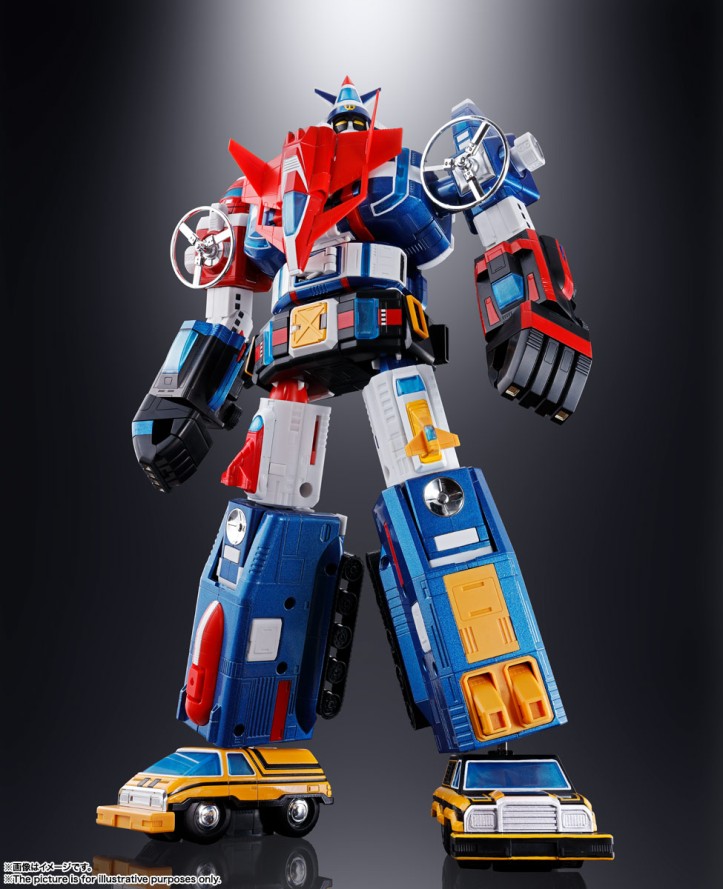 When the machines that form the feet are hooked to the legs, the wheels rise to make the soles rest on the ground so as to give good stability to the robot.

The scans also reveal the display stand for accessories: Dairugger Sword, Cutter Dairugger or Spin Cutters or Spin Kilder (formed by the helicopter rotors of Ruggers # 3 and # 4) and Laser Spear or Dairugger Lancer (others will be revealed with the opening of the pre-orders) the new Soul of Chogokin GX-88 Dairugger XV will be released in October 2019 at a price of 38,500 yen. We will update with pre-order information once it is released.